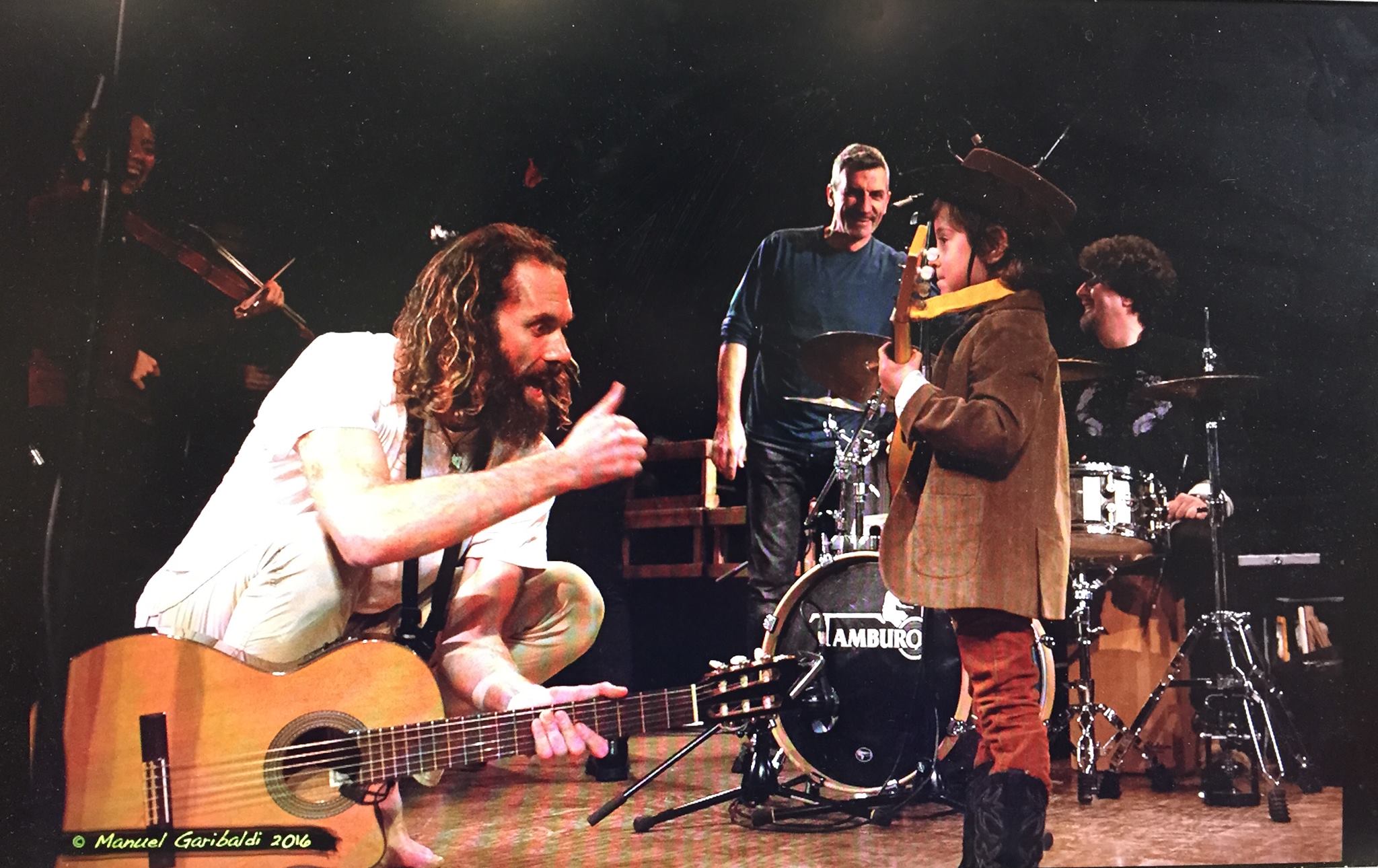 Today we’ll talk about Bocephus King and to do that I’ll start by quoting part of the article that my journalist friend Alfredo Del Curatolo wrote about my album “Le Piscine di Fecchio”. Bocephus King also produced “Soldati” and over the years we strengthened our bond and our collaboration has resulted in many different projects in which our roles have often been reversed.

At some point, I became his producer and we found ourselves on the stage of the Ariston Theater in Sanremo to sing Guccini and in Giacomo Leopardi's house to talk about De Andrè with Countess Olimpia and to improvise his poem “L’Infinito” in English in the Recanati cathedral. All this ended up on his album “The Infinite & The Autogrill VOL 1”, since two other chapters of this musical journey are to follow.

How couldn't I have Bocephus play on this record? He performs in the style of John Fogerty with a  fender telecaster in the song  “C’è” and then he arranges in his own style the closing track “Ninna Nanna del Maggio”. He plays the vibraphone, percussion, sings and whistles the melody, involving the Persian musician Ali Razmi on the setar.

I could write an entire novel about the thousand stories and anecdotes of our friendship which began in the fish restaurant Nuovo Yacht in San Siro street, Milan. Mario, the owner, was very young, younger than me, we were both just over our twenties. We were sitting next to each other at my city’s the legendary pub All’una&35circa. Both, like everyone else present, were struck by Bocephus King&The Rigalattos. A few days after, Bocephus and I were invited to dinner at the restaurant. Eventually, a guitar appeared from some table, I grabbed it and I played Jamie, AKA Bocephus King, my songs. He invited me to go to Canada in September. «I am getting married. Come to my wedding and I'll produce your record». I ‘ll leave the rest of this story to Freddie Del Curatolo’s who - speaking of travels and dreams - has been living in Malindi for many years.

Just imagine what Vancouver and Fecchio could ever have in common.

The first is a large Canadian cosmopolitan city, where you can breathe the "good" America, that of rock, cult movies, social commitment but also the pride of the farmers and the sacred desire to have fun, without necessarily having to kidnap a school bus or shed blood aroud. The second is a cluster of houses on the outskirts of Cantù, in the Como area. An agglomeration from the movie 1900 by Bertolucci with rural courts not far from the newly built condos. Green meadows at risk of syringes and card games circles, tranquility and boredom melt together in a portion of Brianza not everybody is proud to belong to.

Geographically speaking, the proximity of the two places to the closed sea could be brought into question. The great American lakes vs. the Lario Lake. Niagara Falls vs. the Devil's Bridge in Lezzeno, Point Roberts vs. Carate Urio. Politically speaking, one could speak of Cantù's proximity to Switzerland, which is to Italy what Canada is to the USA.

But more simply, Fecchio and Vancouver have dreams in common.

And it was the muse of fantasy, of adventure, even before that of notes, that put Bocephus King and Andrea Parodi on the same path.

The first is Jamie Perry, a big Canadian boy who has chosen a high-sounding name and a blues surname to remedy an adolescence made up of too many myths adored, but never flattered and a too whimsical a character for the country of bears and rangers. The second is a young singer-songwriter who would have bet indifferently with Jesus Christ, Celentano ot John Lennon that nowadays in Italy you can make music without compromise and without being forced to move to Milan, Rome or New York. A Townes Van Zandt without alcohol, a Francesco De Gregori without snobbery, who might have been the top half-winger in a professional football team, had he not decided to confine most of his imagination in the grates of a pentagram and his desire to adventure in the ink of a pen. Jamie witnessed his peers praising Ac/Dc and getting excited by the country anthems, while was writing rock ballads, dreaming of composing music like Morricone. Andrea lost bets and looked for his America in the eyes and the words of the folk-singers who came to play in his area, but he was not ashamed to learn by heart "Non all'amore né al denaro né al cielo" by De Andrè.

It was Destiny's fondness for surprise potions and understandment at first sight that brought the two musicians together.

It all happened when King started having success outside the national borders and Andrea started playing his songs in the city piazza to an audience who didn’t necessarily have a Como license plate. Thus a solid collaboration was born, a musical-cultural bromance that gave equal weight to rock, country and to Italian historical songwriters. A bromance that led a slightly intimist minstrel from Brianza to consume sushi at midnight in the thousand lights of North America and an eclectic wanderer to find himself in a farmhouse in Orsenigo. Both here and there: multi-colored lights, a pub with dark beer and apple syrup pancakes, sushi bars and big jeeps on streets that are wider than they are long. On the radio a song by Lucinda Williams is greeted with emphasis by the dee-jay. Of course, we are in Fecchio! Instead, look here: a flowerbed used as a soccer field, the crumpled newspaper on the formica table of the tobacco bar shop, an elderly couple leaving the parish, the noise of souped-up scooters and women standing hunched over their shopping bags. There is no doubt: we are here again, we’re in Vancouver. In concert, Andrea plays "The Tennessee Killer" as if he was that same child, tumbling into the South Eastern cornfields.  Just close your eyes while he sings. And think about where you are. It is a magical place, where there are no distances and commonplaces, only emotions, friendship and a strange, dreamlike and - at the same time - so realistic (almost neo-realist) conception of life.

This place is called "Cantouver" and they tell me it really exists. 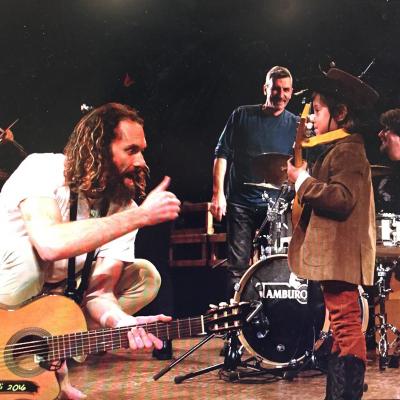 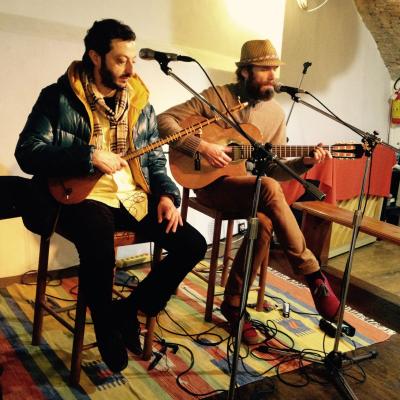