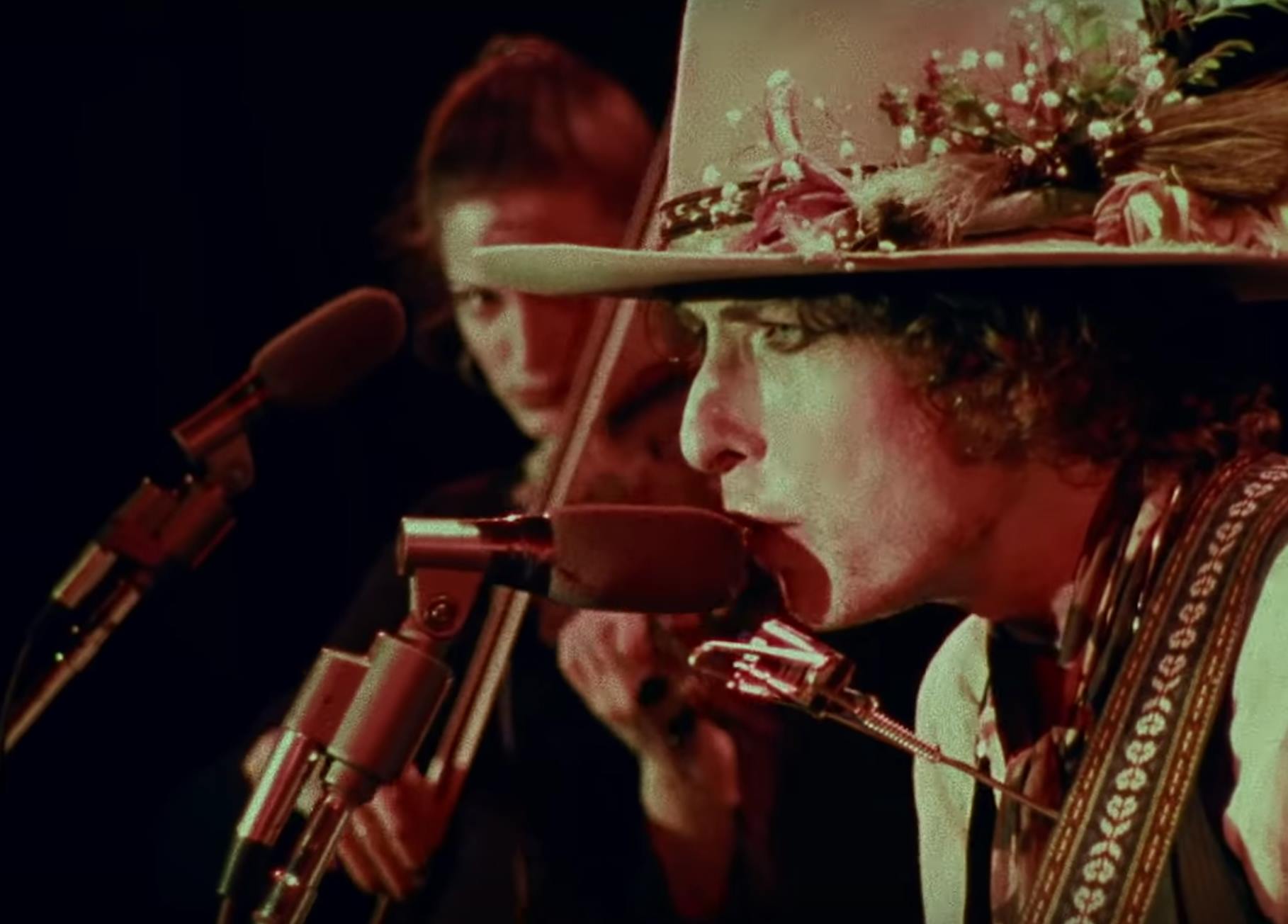 Don’t be afraid to dream big, because dreams do come true. In the last few years, incredible things happened to me, like sharing the Paramount Theater stage with Bruce Springsteen in Asbury Park for two years in a row.  One of the biggest wishes come true, was playing with Scarlet Rivera and having her violin on my record.

Among the first vinyl I bought as a kid, there was Desire by Bob Dylan.  I had it delivered with other records and because of the rush to open the package, I scratched the B side with my knife. The needle would stuck by the half of the record - in Joey - so I would put it back at Romance in Durango, a song that I also love in the version by Fabrizio De André and which squared my circle in putting together the Italian songwriters I used to listen to as a child and the American rock I was getting to love so much.

And then, there was Scarlet’s violin. As soon as it was released, I bought Desire on CD. Along with Blood on The Tracks and Street Legal it’s by far the record by Dylan that I’ve listened to the most.

The encounter between Dylan and Scarlet is pure literature and Martin Scorsese depicted it perfectly in the Netflix docufilm Rolling Thunder Review.

Scarlet Rivera, The Queen of Swords, is one of the main characters and certainly the sexiest, the most intriguing and mysterious one. Legend has it that Bob Dylan’s driving around one night, while listening to some Desire recording sessions (Eric Clapton had just recorded his lead guitar on the record) when he sees a girl walking across the street with a violin strapped to her back in New York’s Lower East Side. He stops the car and he asks her to join him. They go for a drink and then, in the middle of the night, he brings her to the studios to record her violin on the parts that Clapton had just played on.

Desire would be released with a violin replacing Eric Clapton’s guitar. A violin played by a young woman he had met by chance!

That was a pivotal moment in rock history. No such sound had been heard before: a synthesis between rock and folk that would influence the way of making music.

Scarlet's violin has the scent of gypsies and Mexico and would become even more epic during the legendary Rolling Thunder Review tour and in the movie Renaldo and Clara. Scarlet Rivera's violin in Hurricane is one of the most beautiful pages in rock history. I had always dreamed of meeting her one day. Among the many tours I organized shortly before the pandemic, there was Eric Andersen’s, one of the greatest American songwriters, who performed in the sixties at the Village with Dylan, Dave Von Ronk and Joni Mitchell. I’ve known Eric Andersen for many years, I have seen him live countless times and his record Blue River is to me an absolute masterpiece (and not only to me, also to Maude Lebowsky!). In his tour in November 2019 Eric gifted the whole country of Italy with the presence of Scarlet Rivera who flew from Los Angeles to play with him.

Sharing the stage with them, his wife Inge, backing vocals, Cheryl Prashker on percussion and Paolo Ercoli on dobro, steel and mandolin. This wonderful quintet recorded an amazing live performance at the Spaziomusica club in Pavia which will soon be released. The most extraordinary moments of that tour for me were two off-schedules.

The first was a dinner/ concert at the La Viscontina farmhouse in Somma Lombardo where we were joined by Jono Manson and Johnny Irion with her daughter Olivia (Woody Guthrie’s great-granddaughter) and seeing her on stage with Scarlet was just crazy. I hosted a dinner party at my basement with Eric and Scarlet and a few friends, including Carlo Feltrinelli. On that occasion, we played for the very first time Gabriela y Chava Moreno. We played it again, two weeks later, when Scarlet got back from Greece and a few hours before leaving for America when she joined me at the Amandla pub in Cermenate, where I was performing with my Borderlobo band. She played for the entire concert with us and I will cherish that evening as one of the most beautiful ever in my life. We’ve been in touch since, we played remote during the pandemic and home-recorded the unreleased song Liberi. And here you can enjoy her violin in Gabriela y Chava Moreno together with Joel Guzman's accordion. Just make sure to have your glass of frozen margarita when you listen to it! 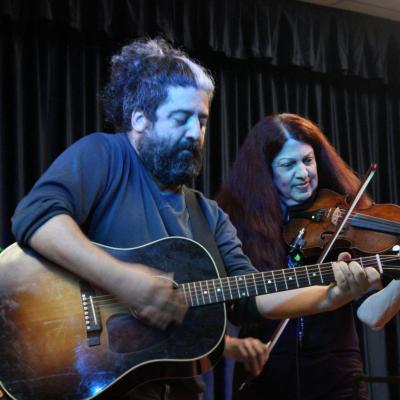 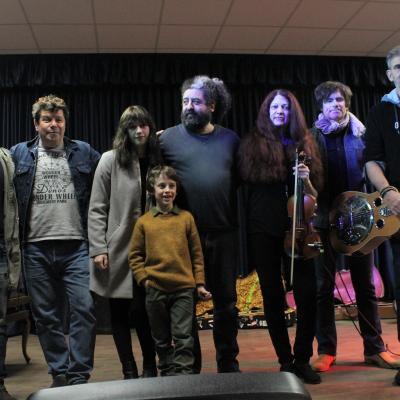 Scarlet Rivera on stage with Andrea & the band 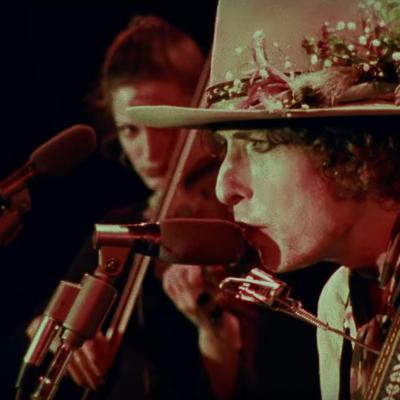