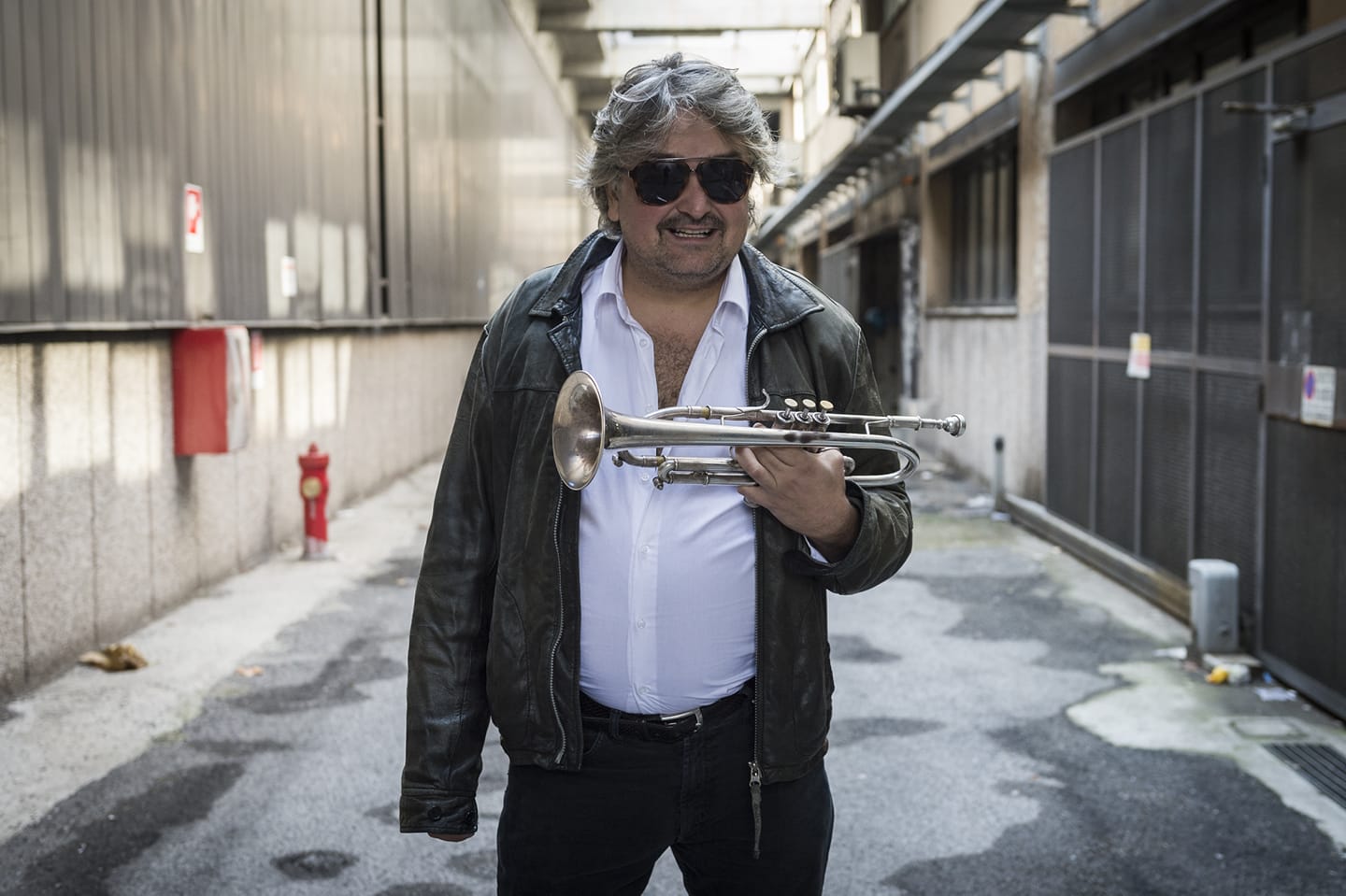 She described Italy as "a source of inspiration for the world" due to its balcony musical sessions. It was the 18th of March 2020 when the legendary American folk singer-songwriter Joan Baez sent her uplifting message of love and hope to Italy.

The United States were looking at Italy as we were looking at China at the beginning of the pandemic, unaware or maybe also as a way to dispel the fact that the coronavirus would hit there too within a couple of weeks. What first  moved Joan Baez was actually the video of Raffaele Kohler, a trumpeter playing behind the grating of a window in Milan. Those images were circulating the world, were being played all over the news, in a moment of greatest uncertainty and fear, when the whole country of Italy had stopped.

Every evening at 6 pm, Raffaele Kohler would play his trumpet from his window in Via Fauché, near Corso Sempione, in Milan. He played for the whole block, but also for the hundreds of people who connected through his Facebook and Instagram live streaming.

Those hundreds became thousands, after his performances were broadcasted for the main TV and radio channels. Raffaele Kohler has a surname that reveals German great-great-grandparents, but he is Milanese to the core.  «The trumpet has an archaic and nostalgic sound which is always capable of bringing people together».  And that’s exactly what happened: from his ground floor apartment, Raffaele one day began to play the city’s anthem. «The thing that moved me was that, little by little, people started to join: the Japanese pianist from the next floor, then the elderly lady from upstairs, then whole street joined to form a sort of polyphonic concert in the making».

During the lockdown, Radio 24 broadcast every day starting with a call with Raffaele Kohler who would play his trumpet on the phone.

While the main Italian brands were hasting to realize commercials on the emotional wave of the dramatic moment, Barilla chose Sofia Loren as its testimonial and the actress said she would have accepted on condition that "the trumpeter who moved the world" would be part of it, as well.

The Busker Festival in Ferrara had Raffaele Kohler and Gianna Nannini as godfather and godmother of this year's event. In October last, Raffaele played "O mia bela Madunina" at the San Siro stadium before the Inter-Milan derby match and the Italian national anthem at the Grand Prix in Monza.

He brought joy and hope and he did it a poetic way and with tenderness during a tragic moment in history that has turned our lives upside down.  He  shared a message of unity and continues to do so on the streets, in  the clubs, in the theaters, wherever he meets other musicians or there’s someone willing to listen. Raffaele is a hero but even more than his talent, what I admire of him the most is innocence. That ability to have fun and enchanting at the same time,  without barriers. Unreservedly. He is a true revolutionary, a friend and an extraordinary musician that I would always chose to have by my side in battle, at dinner, on stage. And obviously, on this record. On his birthday (March 17th, Saint Patrick’s Day!) Raffaele released a new album with his Swing Band, "Una Sera in Balera", only four months after the release of "Rondini". Two closely linked albums that are a true burst of fun and give you a mad desire to dance on each note.  I also decided to release my record on my birthday and Raffaele certainly couldn't miss this party and there he is, with his mariachi trumpet on “Gabriela Y Chava Moreno” together with Scarlet Rivera and Joel Guzman, and in a beautiful nocturne in "Maya dei Girasoli" the video of which was realized by his partner Bettina, a fantastic illustrator. Hopefully, a children's book will be made from it. But the song in which all the power of Raffaele's trumpet was unleashed is "C'è", where he is accompanied by his long-time collaborator Luciano Macchia. The Trumpet and the trombone go together well, hand in hand with Flaviano Braga's accordion for a surprising horn section that makes us fly like a summer on a Caribbean beach in Mexico or on the streets of New Orleans. This song will make you dance and will give you goosebumps as Raffaele and Luciano begin their solo.  This record comes full circle as almost all the crazy musicians involved in it, have already played with Raffaele at some point.  And because it was natural for me to invite him at every chance I got. He  often came as a surprise, last minute,  and you could hear the sound of his trumpet approaching the stage before him, as he had started playing from the street and the concert had already begun. That’s how he does it: he arrives from the backstage, or parading through an enraptured audience. Other times, as he did with David Bromberg, he had the role of arranger of an entire horn section. What drives me crazy about Raffaele is his talent, his professionalism and his joy. All these gifts are perfectly in harmony, directly proportional to each other. Raffaele’s trumpet and smile are one of those things that make this world more beautiful. Enjoy life, comrade! 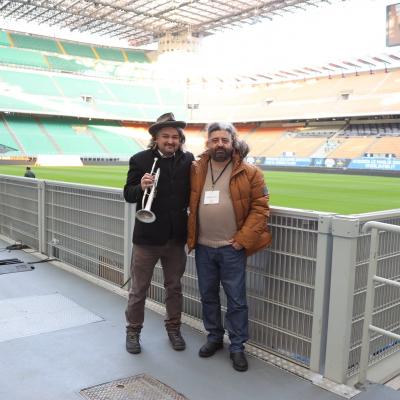 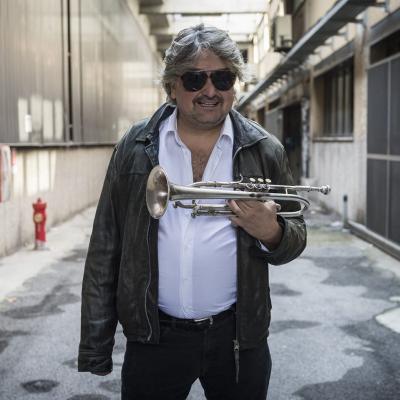 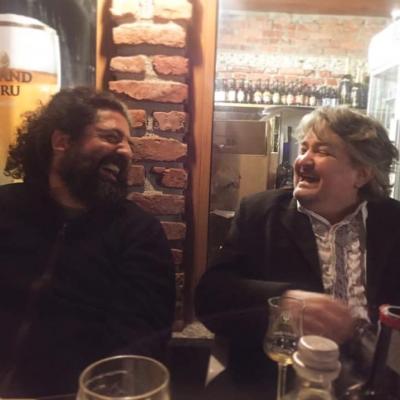