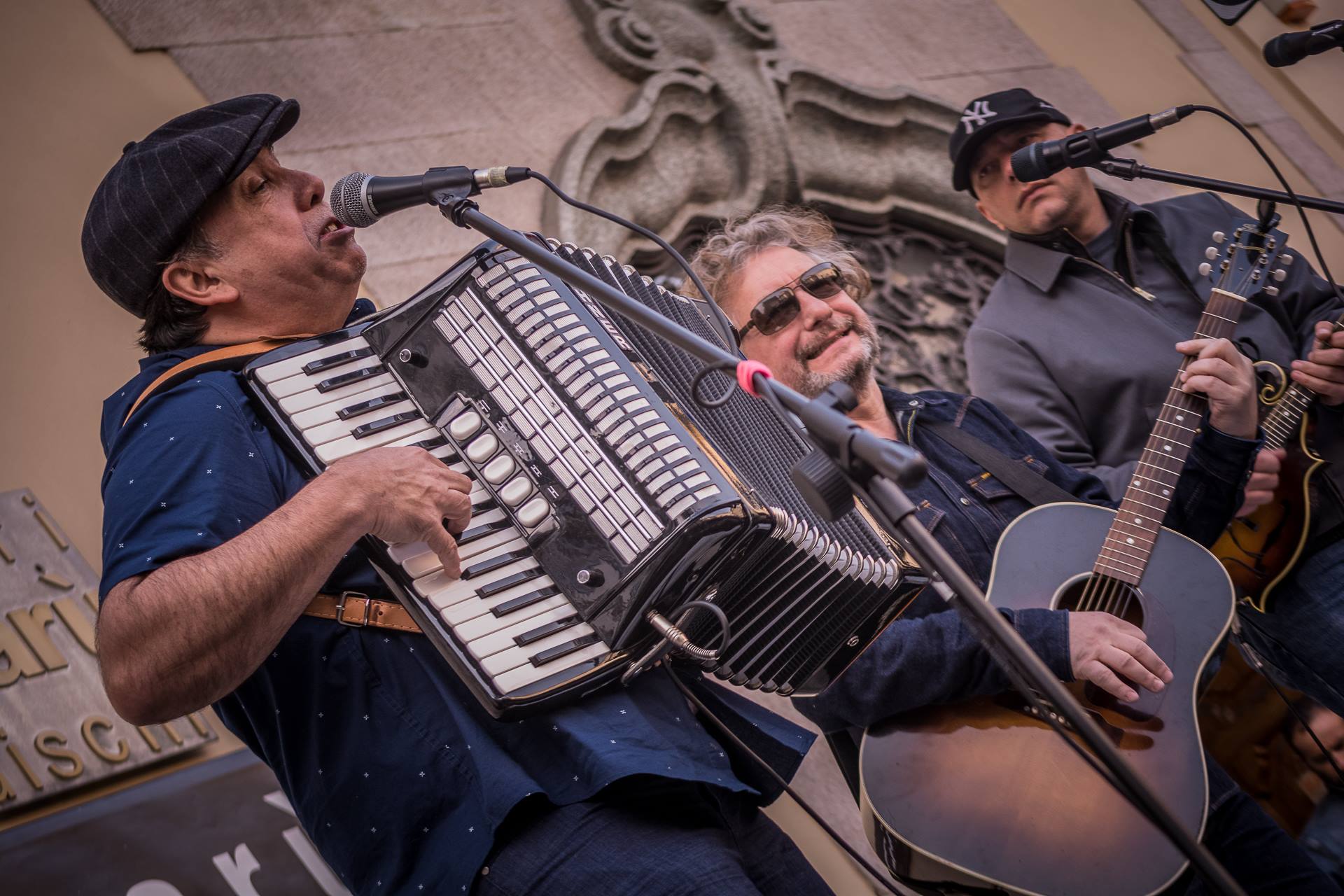 Obviously, Joel Guzman comes to mind, but we have already talked about him.

After listening to David Grissom's guitars on Elijah Quando Parla, I thought the song had taken an unexpected, very rock, direction and the only instrument worth adding was the hammond organ. I had been impressed by Thom Chacon's sounds in Blood in the USA, masterfully rendered through his acoustic guitar fingerpicking, Tony Garnier's double bass guitar and Tommy Mandel's visionary organ. Thom gave me Tommy’s phone number. "Make sure you call him. You’ll see, he will be happy to play on you record!". So, while Tom was talking about him, I went through the list of musicians he had played with: Dire Straits, Brian Adams, Tina Turner, Bon Jovi, The Pretenders, Cyndi Lauper and even The Clash, on Combat Rock! It took me a couple of weeks before I gathered the courage to call him and – eventually - I thankfully did. As a result, I think Elijah is destined to be released as a single from the record.

Brian Mitchell is another giant of American music. James Maddock has always referred to him as "the best musician in all New York". He played with Levon Helm, Bob Dylan, Dolly Parton, Dwight Yoakam, BB King, Buster Poindexter, Allen Toussaint and many others. He came on tour In Italy with James Maddock to play at the latest edition of Buscadero Day. I even got him to play on my record on the same day he got vaccinated for COVID. Brian plays the electric piano on Buon Anno Fratello and on C'è. Another friend who I absolutely had to have play on my record is Radoslav Lorkovic. He’s one of those musicians I had been lucky enough to see live many times in the early 90s accompanying and enhancing the songs of my favorite songwriters. Richard Shindell, Jimmy LaFave, Ellis Paul, Shawn Mullins, Odetta. Radoslav is pure joy. Of Croatian heritage and of Midwest musical background cultivated at the court of Greg Brown, Bo Ramsey and Dave Moore.

Radoslav is one of those friends you find yourself with by accident eating in a remote restaurant in the Apennines or improvising music at 3 am in the parking lot of a hotel in Okemah, Oklahoma. But all these are things that didn’t only happen to me. When Radoslav met Shindell it was just legendary. Carlini had put them on the same train, Shindell arriving from Paris, Radoslav leaving from Sesto Calende, so they bumped into each other in the journey towards Cosenza, where they would share the stage. For the whole duration of the trip, which was hours, they spoke French, ignoring they were both Americans, which they only found out during the soundcheck. A few months later, Radoslav would be recording his piano and accordion on Shindell’s Reunion Hill album. I could fill a whole book with anecdotes about Radoslav and his squeezebox, which one day disappeared to be found again years later, as if by magic.

Many years ago, in Italy, Radoslav was gifted with a flame-red accordion. He was very fond of that instrument and, one evening, during perhaps the most prestigious event of his career, a stellar concert with Jackson Browne and other incredible musicians, someone stole it from him. That happened at Madison Square Garden.  Everybody noticed that his face was inexplicably sad. When the sponsor of the show found out the reason why, in the hope of putting a smile back on Radoslav’s face, he immediately ordered a new accordion from Italy, which had exactly the same characteristics.  So, a few days afterwards, from Castelfidardo, a beautiful Baffetti arrived. But what happened a few years later was surreal: an elderly lady fortuitously found the stolen accordion and having heard the story, she got in contact with Radoslav and send it back to him. I’m proud to say that very one magical accordion is on my record together with the wurlitzer and the grand piano which Radoslav recorded at the Transient Studio in Chicago for the tracks Se Vedessi la Baia Ora, C’è, Tutti i Pesci del Mare, È Solo un Fiore, Maya dei Girasoli. 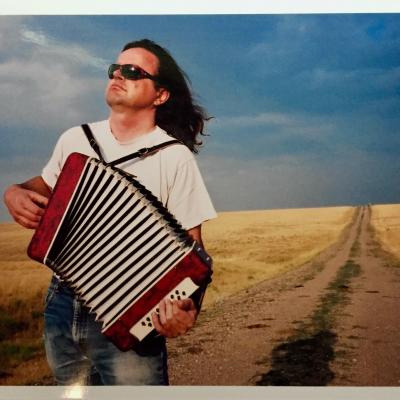 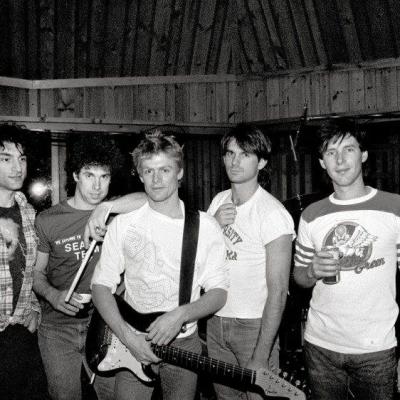 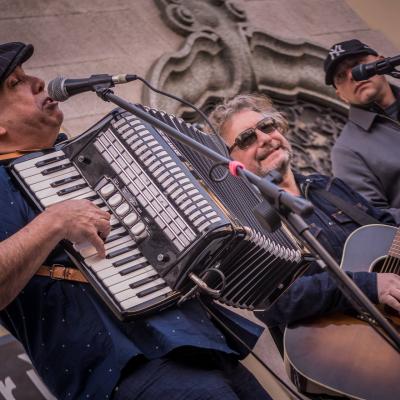