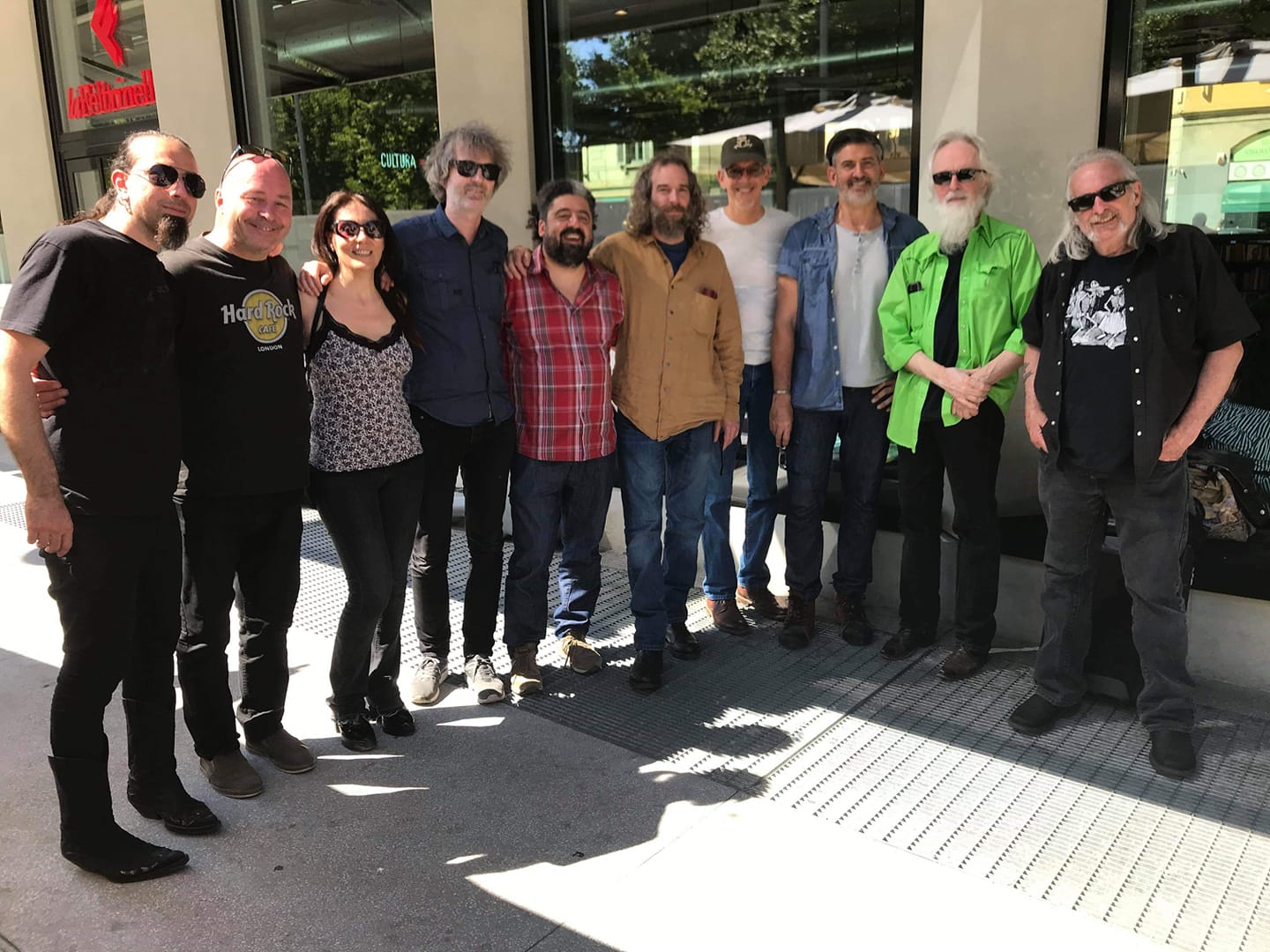 Today, I would like to tell you about two guitarists without whom this record wouldn’t have been done. Both for the bond of real friendship that unites us, and for that Mexican flavored border sound that makes their style so unique. I’m talking about Andrew Hardin and David Pulkingham. I went many times to Austin for the SXSW and one of the top moments of the festival was the finale held in the San José Motel parking lot on the South Congress, in front of the Continental Club, a few steps away from the Allens Boots and Guero’s, where you can have the best Margaritas in the city.

The parking lot would come alive by the street food and vintage clothes stalls with a crowd ready to dance and applaud to a terrific line up, year after year.

Rock’n’roll and honkytonk with Billy Joe Shaver, Hayes Carll, Chris Gaffney, Ray Wylie Hubbard and the closing ceremony that was always led by Alejandro Escovedo who would appear on stage every time with a different band. String, ballerinas, mariachi horns… it was an explosion of colors and sounds with David Pulkingham always conducing the orchestra and setting the audience of fire with his electric and nylon string guitar solos. I brought Alejandro and David touring in Italy many times. They were also guests of the Townes Van Zandt International Festival. In recent years David has played with Patty Griffin and Robert Plant. He plays on my record in Where the Wild Horses Run and in Gabriela y Chava Moreno together with Andrew Hardin. I was a kid when I went and  see him in concert with Tom Russell, almost thirty years ago. I was crazy about his way of playing… and the beginning of Gallo del Cielo was pure emotion.

Andrew and his wife Gigi are among the closest and dearest friends I’ve got in Texas. In all these years we have shared many moments together, in Italy and in Wimberley, a Texan town south of Austin on the Blanco river. Andrew came to tour with Kevin Welch, John Fullbright, Aztex, Joel Guzman. We played together at Woody Fest in Oklahoma and he performed in Charlie Cinelli, Radoslav Lorkovic and  Barnetti Bros Band’s records and a few months before the pandemic outbreak, he was part of a spectacular caravan composed by Chris Buhalis, Gurf Morlix and Blackie Farrell. 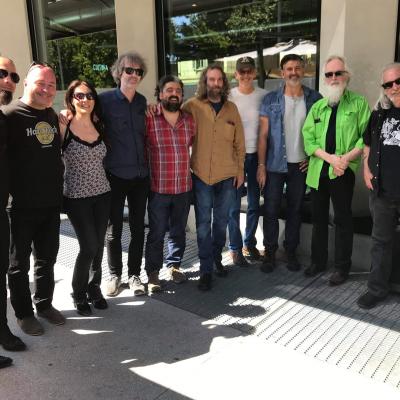 Andrea, Andrew Hardin and a lot of friends 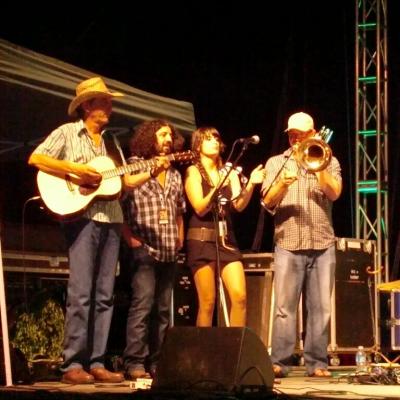 Andrea, Andrew Hardin and other friends on stage 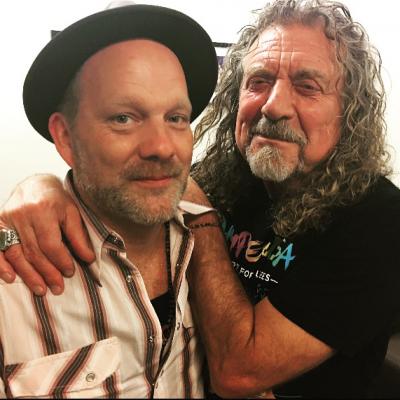