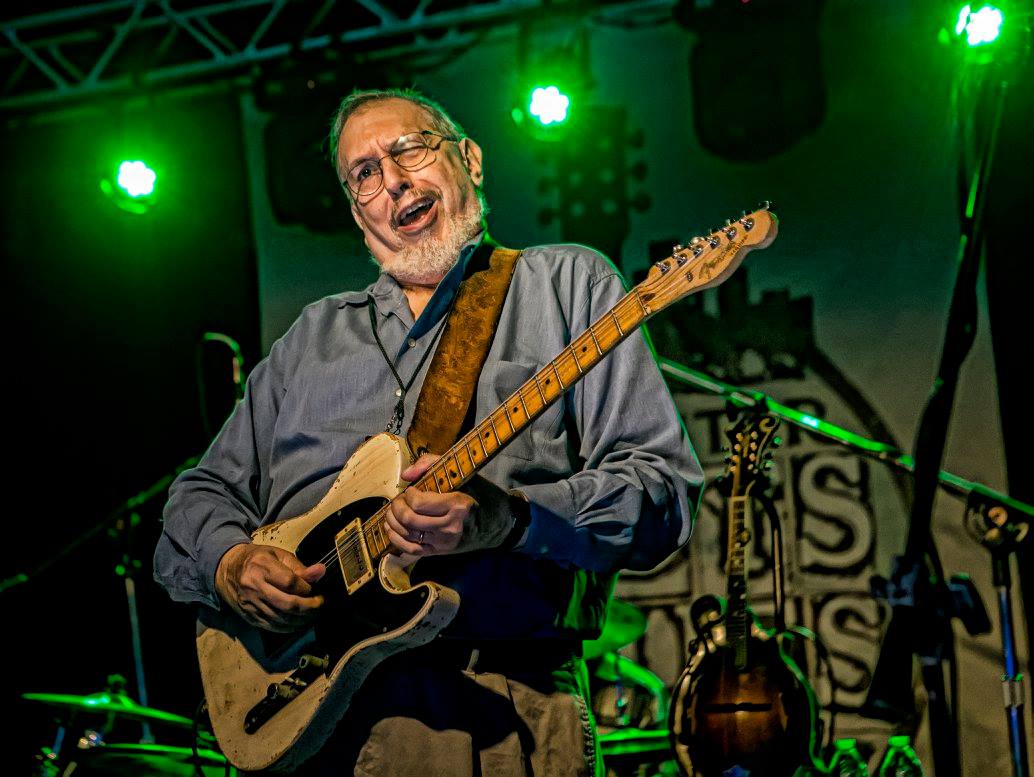 A celebrated fingerpicking virtuoso who has learned directly from Reverend Gary Davis. Just to name a few of his historic collaborations: Jerry Garcia, Jorma Kaukonen, Jerry Jeff Walker, Doug Sahm, Gordon Lighfoot, John Prine, Willie Nelson. His outstanding bravura led David Bromberg to debut with a self-titled record in 1972 in which George Harrison and Bob Dylan played. He’s a legend: plain and simple. He plays blues by making  bluegrass and traditions come together, he forged a sound that would later be called "Americana". At the pick of his career, Bromberg decided to disappear from the spotlight and devoted himself to the construction of violins.

He’s cultured, sophisticated person we had the pleasure of hosting on the Comabbio Lake at the Buscadero Day’s last edition. That was the most beautiful, but also the toughest one, which ended up in the search of a new location and in a crowfounding campaign.

An exclusive dinner with Bromberg and his band at the “Alla Corte Lombarda” charming restaurant in Mornago, Varese area, was one of the rewards. We were welcomed by the young chef Marco and his family, all music lovers, thrilled and full of expectations for the night ahead. Marco really outdid himself with a tasting menu in which he showed off the very best of his repertoire. At the head of our long table sat David Bromberg right next to Paolo Carù and my friend Eugenio Limido. Old vinyl records and photographs sprouted like flowers, all asking to be signed.  And finally, a guitar was handed to Bromberg, who gifted us with a true gem. All eyes were half-closed while an arpeggio took us on a journey from Greenwich Village to the cliffs of Ireland and David’s voice started singing of fishermen and sailors. It was an old ballad by Gordon Bock. David got emotional: that was a magic night for him, too and the friendship that binds him to Paolo Carù and to the Buscadero felt stronger than ever.

Listening to his electric slide guitar in Se vedessi la baia ora, one of the sweetest ballads of my record, it’s a dream come true. 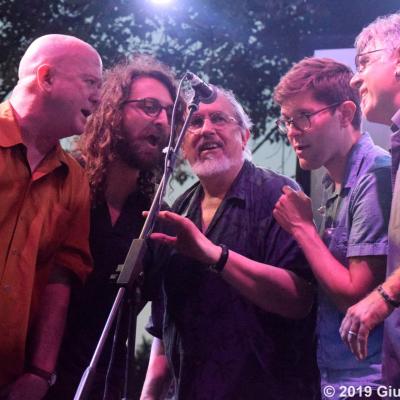 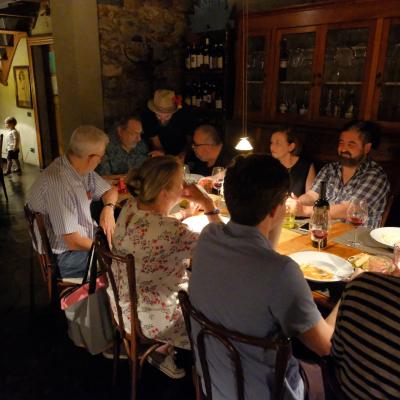 A dinner with David Bromberg 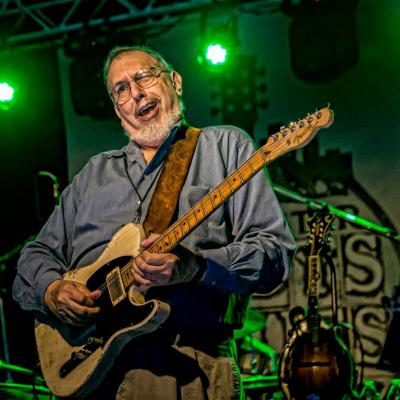